The CTS III is NI’s biggest investment to date in the field of NFC testing. Taking into account the evolution of the NFC test market, and the feedback of the numerous users of NI’s former generations of NFC test equipment, this tool showcases conformance testing capabilities with a never seen before convenience. Less cabling, less setup time, the CTS III’s vision of NFC automated tests has never been so organic. Furthermore, the new NFC signal generation features allows to push your design to its limits during its validation phase. Simulation of noise, crosstalk, overshoots and all other parameter adjustment are available directly from our MPManager API.

The CTS III is a combination of hardware resources never used before in the context of NFC tests. Best in class converters, most powerful FPGAs… Non regression test benches combining the use of NFC signal generators, DAQ boards, VNAs, can now be simplified into the deployment of the CTS III. Those parts are combined together using communication buses operating at a range of several GB/s, at the service of the improvement of your own productivity. The CTS III ambitions at enabling its users a game changer gain in productivity compared to the current generation of NFC test platforms. As an example, our benchmarks show an improvement of test times in the magnitude of 75% to 80% in the context of an EMVCo L1 PCD analog test campaign. The Contactless Test Station III will typically be used in the following context : • Validation and verification of products that embed NFC technology • Pre-conformance and conformance tests according to the international standards (for example EMVCo, NFC Forum, ISO 10373-6) of products that embed NFC technology • Interoperability tests of NFC enabled devices Device under tests may be : • Smartphones • Wearables (watches, ear aids, …) • Payment terminals • Car door handles • Contactless smartcards • Smart and connected devices • M2M devices

NI is a US based company, founded in the 1970s, which produces automated test equipment, and virtual instrumentation software. The group present in Trustech is the NFC and Wireless Charging division, which emanates from the acquisition of Micropross by NI in 2015

We support our customers during all phases of their product development cycle. Our tailored, test and personalization solutions for NFC, e-payment, and wireless charging helps them make their projects a reality.
NI equips engineers and enterprises with systems that accelerate productivity, innovation and discovery. We’ve developed high-performance automated test and automated measurement systems to help our customers solve their engineering challenges now and into the future. 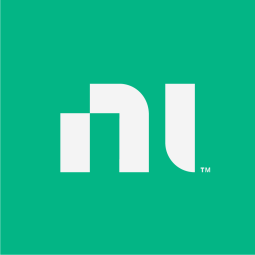