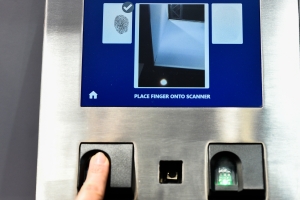 Discover the current trends in biometrics

With regard to authentication, two main requirements are currently taken into consideration: on the one hand, overcoming the traditional username/password combination that has shown its limitations; on the other hand enabling the authentication of both the device and the user for security purpose. In this context, biometrics is becoming an emblematic technique for strong authentication and experiencing a migration from pure state requirements – mainly for securing sensitive sites and for forensic purpose - to consumer environments.

In the context of the digital society, risk management requires extended guarantees. Biometric authentication brings further dimensions such as ‘Who you are’ and ‘where you are’, and sensors are being integrated into mobile devices, PCs, tablets and smartphones.

Still biometric id system remains a questionable technology as it is supposedly posing a serious threat to personal data management and privacy, especially when biometric template is captured by a third party with fraudulent purpose. It's mainly in response to public concern about biometric and implementations that the FIDO Alliance has been created in 2013. The objective was to shift the focus by providing the user with a full control of his/her own biometric data, stored in the handset and compared upon a local one-to-one instead of a one-to-one mode on centralized databases. Today, many market players have joined FIDO with a view to offer users biometric authentication system and online authentication standards with low cost, easy-to-install and easy-to-use characteristics.

Biometrics around the world

In regions such as South America or Africa, people easily endorse fingerprint systems or biometric verification systems as they compensate for the lack of infrastructures and greatly facilitate access to payment systems, or transport. In some countries, biometrics allows users’ authentication in biometric id system and biometric payment system on the same card. In western countries, biometrics is still a technology applying mainly to state-run ID programs, even if there’s a growing interest in banking and retail, especially in the US. In the context of payments in stores and solving the lengthy queues at check out points, biometrics is demonstrating its efficiency in terms of speed and security of transactions, thus paving the way to large-scale deployments by 2020…